How does the "Hold Rooms" feature work? (Video)

How does the "Hold Rooms" feature work? (Video)

The Hold Rooms feature enables you to manually hold onto room night inventory, or have inventory held automatically that either becomes available from a change request or cancellation in the system. When rooms are held in the inventory screen, as an MCP user you can then release them back into public availability at any point in time.

To set up automatic room holding, called "Hold Rooms," start by checking which kind of release you'd like to hold, from either cancelled rooms, or change requests. This is done in the Event Hotel page. 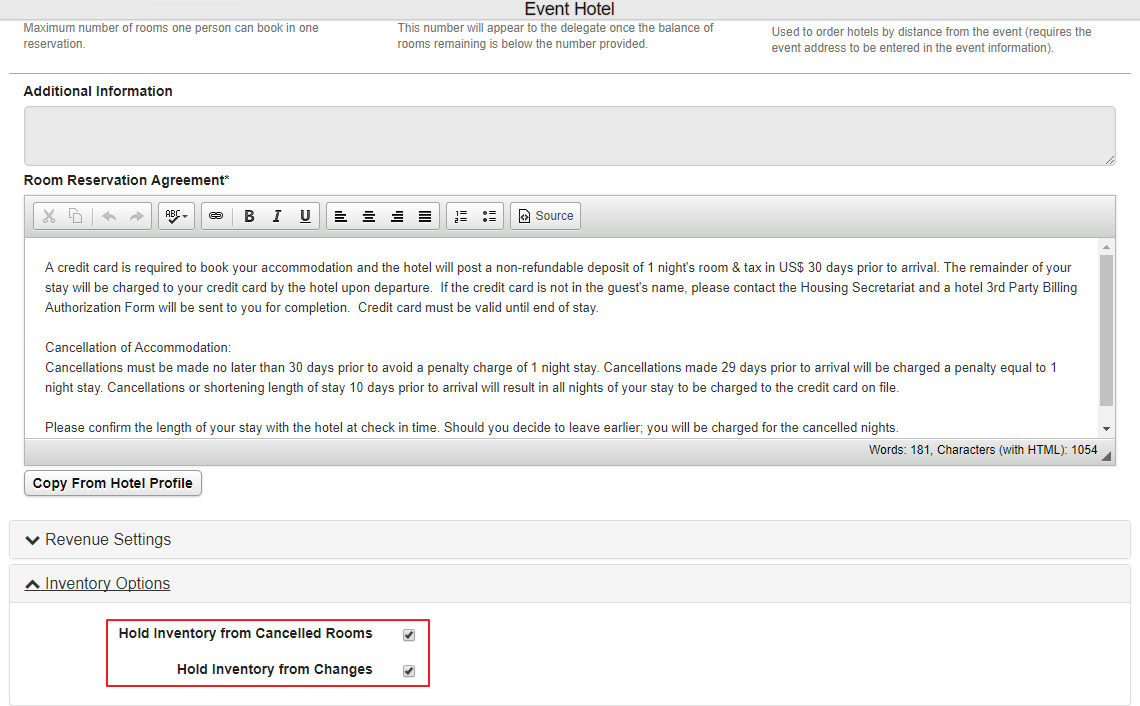 Held Rooms on the Inventory Page

Let's first start with going over the logic used to determine "Public Availability" and how held rooms comes into play. Your typical inventory page would work by taking the number of allocated rooms, and subtracting how many rooms have been booked by your attendees. The result is called "Main Available". Pretty simple. With Hold Rooms, however, there is additional layer of logic added to the equation. With your Main Available inventory, what happens next is you subtract the number in both the "Hold Rooms" and "User Held" rows, to get a final number of live rooms called "Public Available."

Thus, "Main Available" represents what contracted inventory is free and not yet picked up, but "Public Available," which takes into consideration the number of available rooms you're holding onto, represents what the attendees can actually still book on the front-end.
Main Allocated - Main Booked = Main Available
Main Available - Hold Rooms - User Held = Public Available
(what your attendees can book on front-end)
Once the Hold Rooms feature has been enabled, you will see two new rows in your Event Hotel inventory pages: "Hold Rooms" and "User Held". 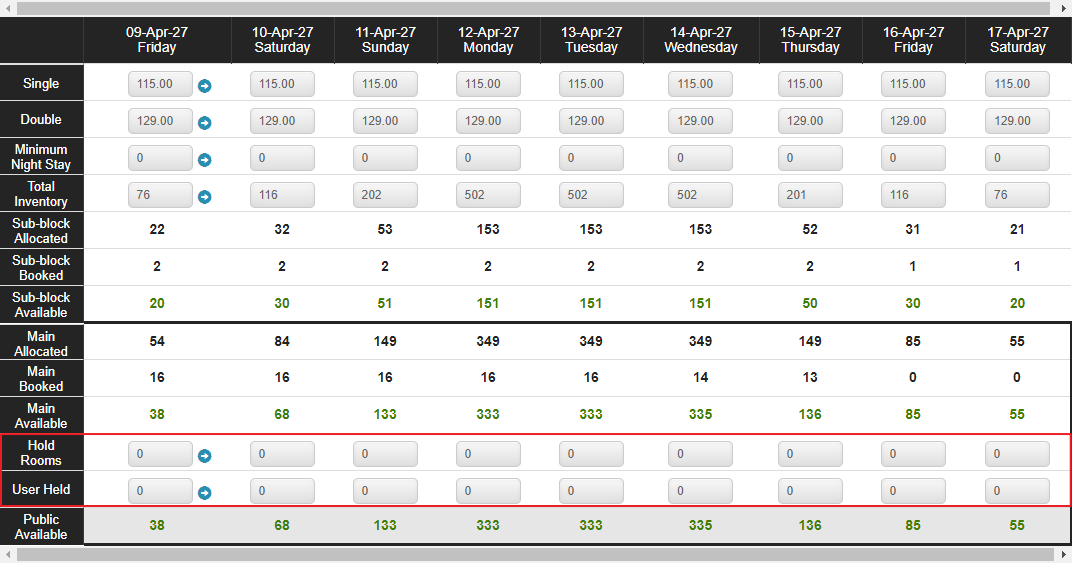 Held Rooms: These fields will automatically increase when a room night becomes available as result of a change request or cancellation. These fields can only be decreased by the Master Control Panel when you want that inventory to show as available in the main-block again.

User Held: These are room nights you want to manually hold in the system. This field can either be increased or decreased by any Master Control Panel user.

Hold Rooms in the Summary Page

With the feature enabled, you will see two new view modes from the view drop-down called "Show Hold Rooms" and "Show User Held".